From the World Economic Forum’s annual Gender Gap report (via the rather conservative blog Cominganarchy), there are two interesting charts. They both provide evidence for my earlier comparison of the fundamental issues regarding the economic potential of India and China. 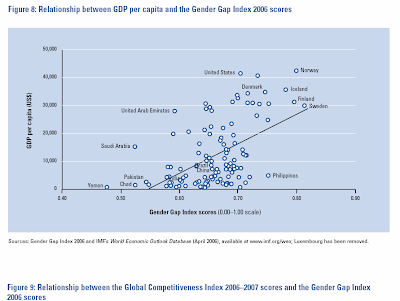 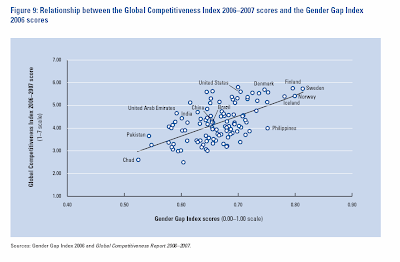 China is placed a bit lower than I had expected on this chart. I think it has to do with the scoring system. e.g., women literacy vs male were ranked and scored. Even though Chinese women's relative literacy is 0.91, it is only ranked #81. This means in certain measure a small difference (in terms of economic and social impact) has been magnified in this scoring. 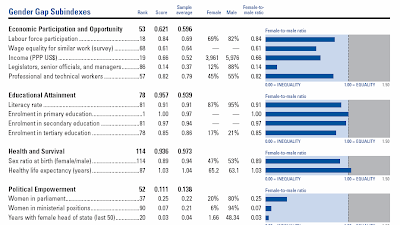 But the more seirous problem with the China data here (and in general for all statistics) is that the urban-rural difference has been averaged. If we are to look at the urban data alone, I am sure the relative literacy (and most other measures) will greatly improve. I would not be surprise if urban China is ranked in top 25, or even 15. However, much of what the report reflects about China, esp the rural area, is true. When you listen to a restaurant waitress that she quitted school at 13 and now sending money back to pay for her younger brother's school fee, you know how much we still have to do in this country. When you are picking up your shirts and dresses from Banana Republic or A&F, with a "Made in China" sign, you would appreciate who really created the economic miracle in China. It is the hundreds of millions of country girls who work 70 hours a day in these sweat shops.

The fundamental things are that in China, 2 people works to support 3 people; in India only one person works to support 3, they do apply, as time goes by... this is what contributed to China's successful economic transformation, and what India needs to consider very seriously. 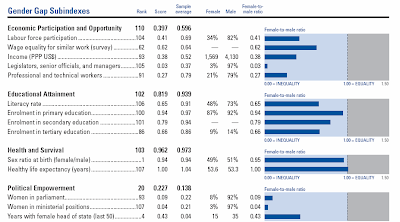