We are united! Every Channel is CCTV

I have about 80 channels at the apartment I am staying. Number 1-60 are domestic, including the various CCTV channles, Beijing channels and a collection of provincial satellite TV channels.

During the past couple days they all became CCTV. (to be more precise CCTV-1, except for CCTV9, and a couple provincial/local channels for a few hours which would air a couple hours of their self produced Earthquake coverage)

Some speculated CCTV (together with SARFT) has conspired to capitalize on these 3 days of national mourning to edge on its competitors. This is not without base if we remember how CCTV has pushed Hunan Satellite TV around and finally banned the whole genre of Reality Shows. The rationale is that SARFT may go after any channel that dares to venture to non-quake related programming and that it is "safe" to simply take CCTV-1's programming, which many local channels are obliged to carry (and already has the facilities to do so) for evening news (19:00 p.m.)

For my 20 foreign channels. Only Phoenix News survived (Phoenix is duplicating programs in its sister channel Phoenix News), plus CNN, CNBC and BBC, which are news channels -- all others are classified as 'entertainment' channel and banned. Star China and Channel V became CCTV clone to survive. CETV, unable to negotiate with CCTV or set up the CCTV-1 capture facility, had secured feed from Chongqing TV, (which is basically CCTV), is still banned locally.

What does it mean by "banned locally". You see this screen below. (Either this was done in the satellite uplink or locally at the Cable TV operator, I am not sure which) -- same for Star Movie, HBO and everybody else. 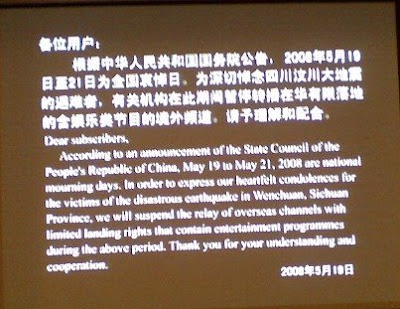 Note the key here is that you are guilty if you "could" contain (a minute of ?) 'entertainment programming, even if you are doing 99% CCTV. I suspect this was why CETV ended up still being shot. The local CATV just did not want to take any risk.

I have taken picture of a few other channels (note the channel logo on upper left side), as below:

A local satellit TV (the logo overlapped with CCTV-1) 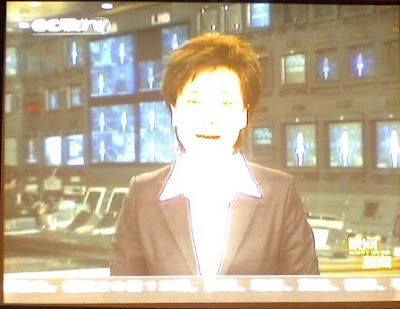 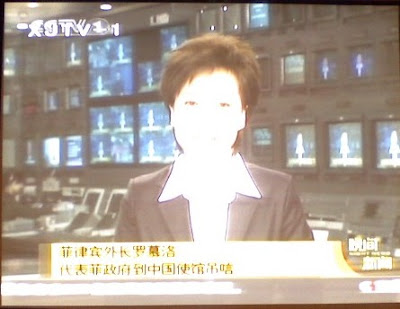 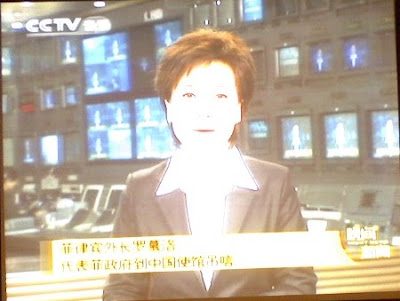 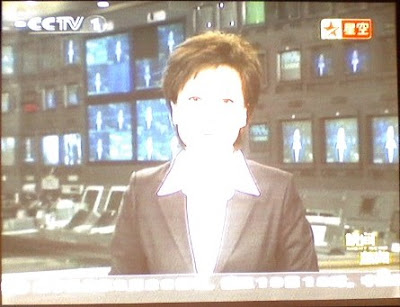 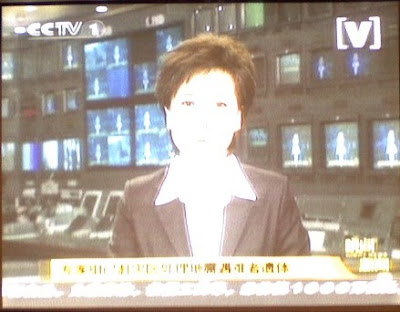 People talk about financial impact on losing 3 days of inventory. But the real impact is not significant. Since most advertising slots are not fully sold, the commitment of CPRP to advertisers can always be compensated in the days that follow. In fact, as a result of overall loss of inventory across the industry, it may even boost price a bit!

The all look the same to me...all CCTV feeds as you mentioned.

Will the westerner understand the reason behind this? Or, is this action reasonable/logical in today's world?