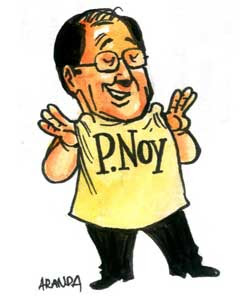 "....But, as you know, even in Russia—they have resources and sophistication—when they had that theater hostage taking situation, the casualties were even more severe.” President Benigno Aquino III said in an interview, seemingly smiling with certain degree of satisfaction for his team's achievement. Or maybe I am wrong, his face always looks like that -- I should apologize if I am mistaken, but that is what my mother said, she had been silent until she saw the smiley from him.

So i looked up what happened in Russia, in Beslan, and in Dubrovka Theater Moscow.

Beslan, from wiki
Dubrovka Theater Moscow, from wiki
Manila
"the casualties were more severe?" Are you serious Mr. the Third? you mean 25%-30% is more severe than 50+%?

The specific demand of the hostage taker is not entirely clear yet. it is reported he wanted his job back and his name cleared. Among the requests whick were bluntly denied include just an meeting with the media (MEDIA NOW in his note on window) and perhaps have an open hearing to his case, which could be granted to anyone in principle. The answer from the Philippines government could simply be "yes, we would open the case and let the media to judge, but you would also need to face the consequence of what you did today" which is reasonable enough.

This is fundamentally different from what the terrorists wanted in Russia's cases. So the cases are really not comparable, but I would give you the comparison just for your smiley face sake.

Anyway, I, for one, will never visit this country again, for business or leisure, until this government can demonstrate that it is willing to respect lives of visitors, or any person in general. If I have to, I would rather go to Russia instead, or Israel / Palestine. Yes, I know these are terrible places with high risks. But I also know if anything happens there, my survival rate will be higher, significantly higher, at least higher than the miserable 46% you provide. As a matter of fact, I would rather play Russian rollette than being taken hostage in your country. Playing Russian roulette my survival rate will be exactly 50%. BTW, I would like to play that game with you, my friend.

And more importantly, they care more about that than you do. And I won't be "smiled" at even if I am expended in the rescue action. So, thank you for reminding me of that comparison, President Aquino III, for I wouldn't have known the difference in survival rate if not for you. I might have to face a tough choice of picking between Russia and Philippines in future, who knows? But at least I have done my homework and I would have no regret -- because this is a totally rational choice, backed up by numbers.

By GENALYN KABILING
August 24, 2010, 10:51am
Where was President Benigno Aquino III during the 12-hour hostage crisis in Manila last Monday?

The President explained that he was monitoring the hostage drama from the Palace but left the matter to concerned police authorities for them to effectively handle.

Appearing in a press conference aired early Tuesday in Malacañang after the hostage drama ended with the death of the hostage-taker and eight hostages, the President also claimed that it would not do good if he interfered with the work of the ground commander to secure the captives.

Aquino was nowhere in sight as the hostage drama involving a former policeman and a busload of Hong Kong tourists unfolded Monday.

He only appeared in public three hours after the crisis was over, apologizing to the Hong Kong government for the casualties and expressing condolences to the families of the victims. Afterwards, he went to the Quirino Grandstand, the scene of the incident, early Tuesday morning and inspected the bus hijacked by former police officer Rolando Mendoza.

“Consciously, from the morning since we were informed of this incident, we were asking to be kept apprised of the developments, but consciously, it had to lay the delegated authority to the rightful persons who are tasked to carry out the functions and secure the situation,” he added, in his apparent first security crisis since assuming the presidency last June.

Aquino, in explaining his low-profile role in the hostage drama, also said the ground commander should be given confidence since “he is the person who is there on the sight who will have to make these tough decisions if necessary."

“It does not help him to have somebody looking over his shoulder and micro-managing everything that he has to do,” he said.

The President added that he was busy prohibiting some people from derailing the resolution of the hostage crisis.

“Isa sa mga pinaka-mahirap na parte ‘nung araw natin ay ‘yong mga pag-aawat nitong mga nag-mi-miron (One of the difficult parts of my day was the stopping of those nosy observers),” he said.

Citing an example, the President said he asked Interior and Local Government Secretary Jesse Robredo to restrain an official from the National Police Commission from further meddling in the hostage incident. Without identifying the person, he said this police official immediately rejected the demands of the hostage-taker despite ongoing efforts to secure the safe release of the hostages.

“Kumbaga sinira agad ang (As if he ruined) avenues for negotiation so I [had] to task Jesse Robredo to call up this particular NAPOLCOM official to tell him to keep quiet because he was, for whatever reason, greatly complicating the tense situation already,” he said.

The President, meantime, ordered concerned government agencies to investigate the hostage crisis at the Quirino Grandstand, saying the problem should have been handled more efficiently.

He said his administration would also find ways to improve the capability of security forces in dealing with hostage situations.

“This resulted in a tragedy. Obviously, we can improve and we should be improving. We are also cognizant of the circumstances, training, budgets for instances for incidents such as this,” he said.

He said the provision of new and better equipment and more training of security forces would ensure the safety of the public during crisis situations. He said the method employed by the armed members of Special Weapons and Tactics (SWAT) team for a possible assault on the bus was unsuccessful. “Obviously we will need better equipment and more training to be able to successfully breach such scenario,” he said.

Asked if he thought there were lapses in the way the crisis was handled, he said: “How can I be satisfied if there are people who died? But, as you know, even in Russia—they have resources and sophistication—when they had that theater hostage taking situation, the casualties were even more severe.”

On questions why the government waited for so long to employ force to end the hostage drama, he said they cannot use the “final option as the first option” due to concerns it might put the hostages at unnecessary risks.

He said they initially hoped there would be amicable and peaceful solution to the hostage crisis given the hostage-taker’s release of some hostages early Monday. Unfortunately, he said the situation deteriorated rapidly when the hostage-taker started shooting at negotiators, prompting authorities to storm the bus and rescue the hostages.
Posted by Sun Bin at 8/24/2010 06:42:00 PM