（I have made minor corrections in sina's translation below)

Henry A. Kissinger: The world will miss Lee Kuan Yew

Henry A. Kissinger: The world will miss Lee Kuan Yew

By Henry A. Kissinger March 23

Henry A. Kissinger was secretary of state from 1973 to 1977.
Lee Kuan Yew was a great man. And he was a close personal friend, a fact that I consider one of the great blessings of my life. A world needing to distill order from incipient chaos will miss his leadership.
Lee emerged onto the international stage as the founding father of the state of Singapore, then a city of about 1 million. He developed into a world statesman who acted as a kind of conscience to leaders around the globe.
Fate initially seemed not to have provided him a canvas on which to achieve more than modest local success. In the first phase of decolonization, Singapore emerged as a part of Malaya. It was cut loose because of tensions between Singapore’s largely Chinese population and the Malay majority and, above all, to teach the fractious city a lesson of dependency. Malaya undoubtedly expected that reality would cure Singapore of its independent spirit.
But great men become such through visions beyond material calculations. Lee defied conventional wisdom by opting for statehood. The choice reflected a deep faith in the virtues of his people. He asserted that a city located on a sandbar with nary an economic resource to draw upon, and whose major industry as a colonial naval base had disappeared, could nevertheless thrive and achieve international stature by building on its principal asset: the intelligence, industry and dedication of its people.
Life and legacy of Lee Kuan Yew(2:04)
Lee Kuan Yew, the first prime minister of Singapore and co-founder of the People’s Action Party, has died at age 91. Lee led Singapore’s rise from British tropical outpost to global trade and financial center. (Reuters)
A great leader takes his or her society from where it is to where it has never been — indeed, where it as yet cannot imagine being. By insisting on quality education, by suppressing corruption and by basing governance on merit, Lee and his colleagues raised the annual per capita income of their population from $500 at the time of independence in 1965 to roughly$55,000 today. In a generation, Singapore became an international financial center, the leading intellectual metropolis of Southeast Asia, the location of the region’s major hospitals and a favored site for conferences on international affairs. It did so by adhering to an extraordinary pragmatism: by opening careers to the best talents and encouraging them to adopt the best practices from all over the world.
Superior performance was one component of that achievement. Superior leadership was even more important. As the decades went by, it was moving — and inspirational — to see Lee, in material terms the mayor of a medium-size city, bestride the international scene as a mentor of global strategic order. A visit by Lee to Washington was a kind of national event. A presidential conversation was nearly automatic; eminent members of the Cabinet and Congress would seek meetings. They did so not to hear of Singapore’s national problems; Lee rarely, if ever, lobbied policymakers for assistance. His theme was the indispensable U.S. contribution to the defense and growth of a peaceful world. His interlocutors attended not to be petitioned but to learn from one of the truly profound global thinkers of our time.
This process started for me when Lee visited Harvard in 1967 shortly after becoming prime minister of an independent Singapore. Lee began a meeting with the senior faculty of the School of Public Administration (now the Kennedy School) by inviting comments on the Vietnam War. The faculty, of which I was one dissenting member, was divided primarily on the question of whether President Lyndon Johnson was a war criminal or a psychopath. Lee responded, “You make me sick” — not because he embraced war in a personal sense but because the independence and prosperity of his country depended on the fortitude, unity and resolve of the United States. Singapore was not asking the United States to do something that Singapore would not undertake to the maximum of its ability. But U.S. leadership was needed to supplement and create a framework for order in the world.
Lee elaborated on these themes in the hundreds of encounters I had with him during international conferences, study groups, board meetings, face-to-face discussions and visits at each other’s homes over 45 years. He did not exhort; he was never emotional; he was not a Cold Warrior; he was a pilgrim in quest of world order and responsible leadership. He understood the relevance of China and its looming potential and often contributed to the enlightenment of the world on this subject. But in the end, he insisted that without the United States there could be no stability.
Lee’s domestic methods fell short of the prescriptions of current U.S. constitutional theory. But so, in fairness, did the democracy of Thomas Jefferson’s time, with its limited franchise, property qualifications for voting and slavery. This is not the occasion to debate what other options were available. Had Singapore chosen the road of its critics, it might well have collapsed among its ethnic groups, as the example of Syria teaches today. Whether the structures essential for the early decades of Singapore’s independent existence were unnecessarily prolonged can be the subject of another discussion.
I began this eulogy by mentioning my friendship with Lee. He was not a man of many sentimental words. And he nearly always spoke of substantive matters. But one could sense his attachment. A conversation with Lee, whose life was devoted to service and who spent so much of his time on joint explorations, was a vote of confidence that sustained one’s sense of purpose.
The great tragedy of Lee’s life was that his beloved wife was felled by a stroke that left her a prisoner in her body, unable to communicate or receive communication. Through all that time, Lee sat by her bedside in the evening reading to her. He had faith that she understood despite the evidence to the contrary.
Posted by Sun Bin at 3/26/2015 01:44:00 PM 0 comments

RIP, the greatest leader in the 20th century 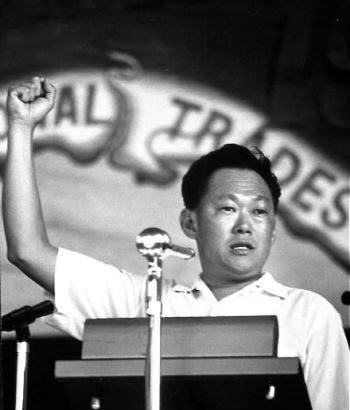 1. The Mainichi Revelations around the Chinese Prior Notice Regarding its ADIZ 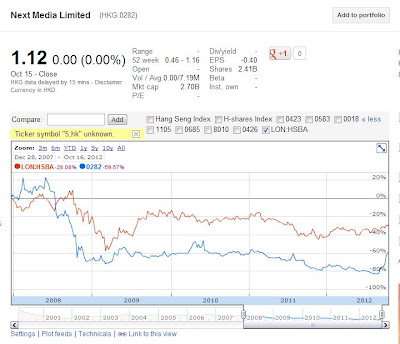 In other words, this is the so-called sensationalistic "exposé" that Boxun and other websites typically produce.  According to a person who has direct contact with the overseas Chinese democracy movement, there are many Chinese-language media outlets which claim to be promoting democratic reform in China and holding up the mantle as representatives of "justice."  In practice, they say whatever they want against China under the Communist government in the name of justice.  Most often, they aim to release their emotions irregardless of the facts of the matter.
Ultimately, this caused most information and journalism to be tainted with subjectivism and biases.  As such, these media outlets have lost their objectivity and accuracy, and become propaganda tools.  They are no different from the Communist propaganda that they criticized for lack of objectivity and facts, becoming two sets of extremes.  The result is that many readers who are interested in learning about the truth in China are tired and disappointed, and this is detrimental towards democracy inside and outside China.

结果其发布的绝大部分信息和新闻明显带有主观倾向性，丧失了媒体应有的客观求实立场，演变成一种宣传工具。这同他们批中共在宣传报道上的不客观、不真实做法如出一辙，形成的是两个极端。这种效果其实已经让很多想了解中国事实真相的读者失望、厌倦，对推动中国境内外民主都有害无利
Posted by Sun Bin at 6/16/2012 10:36:00 AM 2 comments