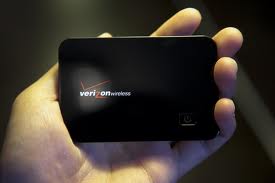 Darjeeling is a whole Nepal from Ladakh -- 地理知识普及（拉达克） 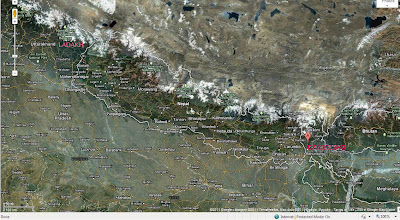 Solution for Greece: Dual Currency by resurrecting the Drachma?

My view on the Greek Fiasco

1. Better for everyone if Greek is out of the Euro (actually even better if out of EU though this is not something either Europe or Greece wants)

2. IMHO Papandreou was a courageous leader and did the right thing.

3. For how the Greek to leave the Euro (and the mechanisms) see the Economist report below. It is doable.

However, an alternative is for Greece to re-launch the drachma gradually, (while keeping the Euro). e.g. having a dual currency first, with a fixed (or floating exchange rate), like what is happening in some tourists locations (such as Angkor in Cambodia) today, or that of China in the 1980s.

This way Greece will not have to be out of the Euro right away, both preserving the Euro integrity (sort of), and its EU membership. (Greece has already violated all the fiscal requirements anyway, so launching a dual currency adds little damage to the situation today)

In the market both currencies are legal tenders, while most government payments, especially wages for the public sectors will be denominated at the new drachma (eg 1 Euro = 1 Drachma, or 340 Drachma today, but the rate will float afterwards). This is not a prefect solution. But it allows for a continuous adjustment, which can be up or down depending on how the Greek economy goes. It basically achieves all the fiscal terms imposed by the EU, without causing as much disruption domestically


===
1) The Economist: The barriers to leaving are high but could still be crawled over by a country determined to leave

3) Will Greece Pull an Iceland?

====
Breaking up the euro area

How to resign from the club

MEMBERSHIP of the euro is meant to be for keeps. Europe’s currency union is supposed to be immune from the sort of speculative attack that cracked the exchange-rate mechanism, the system of currency pegs that preceded it, in 1992-93. A lesson from that time is that when the foreign-exchange markets are far keener on one currency than another, even the stoutest official defence of a peg between the two can be broken. Inside the euro zone, no one can be forced to devalue because no one has a currency to mark down.

The strains in euro-zone bond markets this year show that there are other ways for markets to drive a wedge between the strong and the weak. Concerted selling of their government bonds has forced Greece and now Ireland to seek emergency loans from other European Union countries and the IMF. Portugal may soon join them in intensive care. Spain is in the markets’ sights and the trouble is spreading to Italy, home of the world’s third-largest market for public debt.

The convergence of government-bond yields that was spurred by the euro’s launch has thus been sharply reversed. The idea that the euro itself might also be reversible and that one or more countries might revert to national currencies is no longer unthinkable. This would be costly and cause huge financial shocks for both leavers and those left behind. But the bar to exit, though high, would be surmountable.


The idea of breaking up the currency zone raises at least three questions. First, why would a country choose to leave? Second, how would a country manage the switch to a new currency? Third—and perhaps most important—would leavers be better off outside the euro than inside it?
The main reason why a country might choose to leave the euro is to regain the monetary independence it sacrificed on joining and to set monetary policy to suit its own economic conditions. This could apply to the strong as well as the weak. Germans may long to have the Bundesbank in charge again. It would surely not take risks with long-term inflation, by keeping liquidity lines open to weak foreign banks, or with its political independence, by buying government bonds. And given the strength of the German economy, it might raise interest rates soon.
As it is, the European Central Bank (ECB), though based in Germany and modelled on the pre-euro Bundesbank, has had to react to the economic and financial weaknesses of the rest of the euro zone in ways that Germans do not like. Add to this taxpayers’ disgust at having to stand behind the public debts of less thrifty countries, and the idea of abandoning the euro looks enticing to some Germans. That appeal might extend to countries, such as Austria and Netherlands, with strong economic ties to Germany. They might prefer to join a new D-mark block than to stay with the euro, were Germany to leave.

Countries at the euro zone’s periphery that face years of austerity and high unemployment inside the euro may find it harder to believe that things could be much worse if they left. A devaluation would spare them the grinding wage deflation needed to price the unemployed back into work (though it would not address the economic weaknesses that lie behind poor competitiveness). The spectre of bank runs, high funding costs, default and social unrest might not seem so scary in today’s conditions: some countries are already vulnerable to these. Efforts to ameliorate these problems have so far proved inadequate (see article).
Therein lies the danger for the euro. The cost of breaking up the single currency would be enormous. In the ensuing chaos and recrimination, the survival of the EU and its single market would be in jeopardy. But by believing that a break-up cannot happen, the euro zone’s authorities will always tend to stop short of the radical measures needed to hold the project together. Given the likely and devastating chaos, it would be a mistake for a country to choose to leave. But mistakes occur in times of stress. That is why some are beginning to contemplate the unthinkable.
Posted by Sun Bin at 11/04/2011 03:51:00 PM 0 comments

A brief history of Europe