How about starting with an old post I wrote 14 months ago?

Question: did Mr Jackson know something we didn't know 14 months ago? (note especially how he talked about "the same credit risk")
---
now the reading list

The Red Cliff review was ranked top in Douban
To vote or not to vote
Corruption in the Construction of the Suzhou Museum?
假如22个最难的汉字出现在一篇文章里
公元1949年之后中国称帝者一览
The sad truth about China's tainted products
Rebecca MacKinnon - western media did not conspire to 'demonise' China
The complete (though ever-changing) elite consensus over the financial collapse
The Home Team
转载 9月18日新闻联播观感
金比银铜重很多
福原爱现象
朝鲜必放说 - 张五常
兩個泛民神話就此破滅
China Shouldn’t Be Inscrutable - Fareed Zakaria
How Repressive Is the Chinese Government in Tibet?
Who Is Actually Exaggerating the Rise of China
Posted by Sun Bin at 9/30/2008 05:07:00 PM 0 comments

Random thoughts on sub-prime and the intervention

Some thoughts:
1) In a closed system, matters are conserved.
If the total amount of monetary supply (the ultimate source of demand) and goods (in this case real estate and hence its derivatives, i.e. structured financal products) do not change, the "equilibrium" price should be a constant.
i.e. whether it is $700bn or $70tr, whatever term attached to this fund, is not going to change the "equilibirum" price. what it will do though, is to re-distributed wealth through intervention, in this case, from the pockets of good investors to those of bad investors.
2) But the system is never really at its equilibirum point (it was above equilibirum for most of the past 3 years), though statistically it should spend most of the time around the equilibirum point. So the rationale for governemnt intervention is that it could fall way below the equilibrium price if no action is taken. The question follows, if that is the case, wouldn't some hedge fund start to buy in or are they all stupid?
3) Intervention: if the government should invene when the market is way below the equilibrium point, should it intervene when it is way above? -- i.e., to protect the average investors from buying at an overpriced point? why wasn't a similar amount given to the hedge funds who short the market 2 years ago?
4) HK 1998 vs USA 2008.
The intervention in HK worked in 1998 (judging solely on results, ignoring issues such as market ethnic and proper governance) because IT WAS UNDERPRICED. Had the HK government intervened a few days early, it could have lost the gamble. Had it intervened a few days later, it could have profited more! It succeed not because it acted right, it succeed because it waited long enough and the price/timing was right.
The HK goverment was betting against a group of investors, who [might have] erred. We know how much it was paying for each piece of asset it acquired. We do not know whether the US government is betting against a group of speculator, or just the market ("gravity") -- see below.
For the $700bn plan, there is not a single indication of the price point the US government will enter. Since it is about structured financial products, the actual value of the goods could be zero. The only way this would work is, to restricted the fund to apply strictly to buying up properties, i.e. the underlying assets for these products, not the products themselves; real estates to be more specific if it has to, or something similar.
5) How do we know where the equilibrium point is? If we believe in statistics and the market force. the "equilibirum" (US) housing price should be around the average of the past 10 (or 15?) years, adjusted for inflation.
Today, it is quite clear that it is out of the 'reasonable' bound. To be out of bound (and for a safe entry with taxpayers' money) the price should be about as far below the average as it had been once above that average (i.e. the around peak of the market)
e.g. (for those who believes in technical analysis there is a simple estimate -- though far from rigorous) Take the Case-Shiller Index (SPCSUSA), it moved between 85.71 and 185.45 for the past 10 years, the mid-point being around 135. The 2008 Q2 value was 155.32, today it is probably much closer to the mid-point of 135. To justify a value that is "way-below equilibirum" the index needs to fall signifcantly below 135, e.g., perhaps a bit more than 1 standard deviation.
(maybe adds inflation which had been low until very recently)
-- the same applies for those who want to invest his own money into real estate.
Posted by Sun Bin at 9/30/2008 02:10:00 PM 0 comments

Entropy - what a difference a day made

It takes almost a whole month to clear up the sky between July 20 and mid August.
Now it takes less than a week to mess it totally up. This is the photo of the same location one day ago. My 'wishful thinking' was crushed, mercilessly. What a difference a day made... sigh 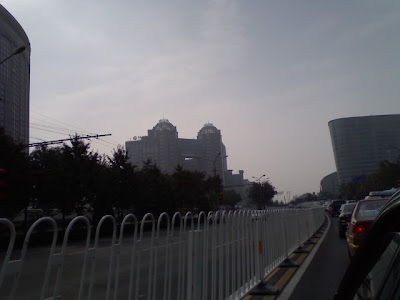 This is the second law of thermodynamic (and the concept of entropy) -- a simply illustration is that a drop of ink could dye a whole bathtub in seconds, but it is very hard to separate the ink and the rest of the water. To reverse the damage it takes energy, a lot more energy. e.g. days of thunderstorms for the smog, but in most cases the force of nature is not in place. (for that inked bathtub one can distill the water with a large 'coffee machine' very carefully)
This show what the challenge of undoing the pollution in China (and for that matter the rest of the world as well) will be.
Posted by Sun Bin at 9/28/2008 04:18:00 PM 1 comments 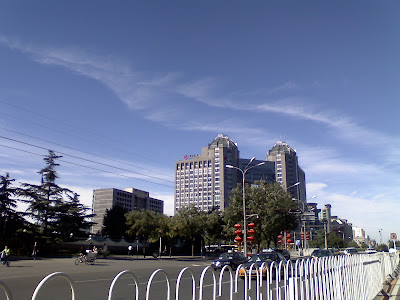 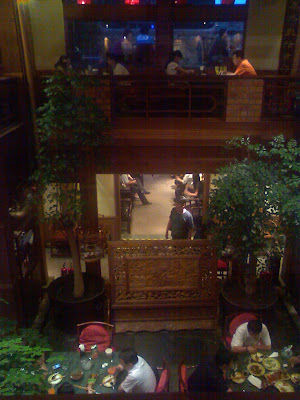 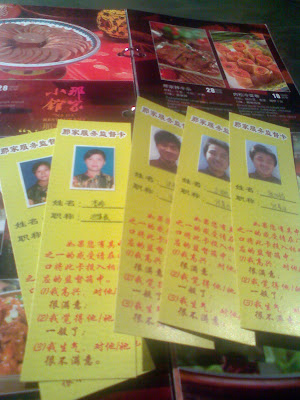 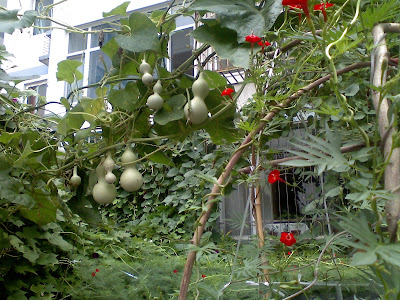 LHC opponents sides with the See-See-P

Following some mis-guided pseudo-scientist's advice, there has been a law suit against a science project, the LHC near Geneva, Switzerland. And they had used See-see-P's argument that Rights = right to survive, and that the experiment is threatening to create a black hole which would engulf the whole earth, and therefore violates their rights to survive.
Fine, maybe they do agree with the government in China and maybe that is what 'rights' mean. I could go along with that, sort of. But the point is, there is a law in physics called energy conservation, and it takes much larger amount of energy to create a black hole large enough to engulf this world.
(Update)
Related links:
1) "Anyone who thinks the LHC will destroy the world is a t---."
2) Scientists get death threats over Large Hadron Collider
3) The facts behind the anti-matter bomb fantasy
Posted by Sun Bin at 9/04/2008 12:18:00 PM 11 comments

How Russia occupied the Caucasus in early 1800s. 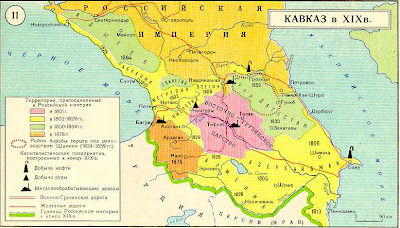 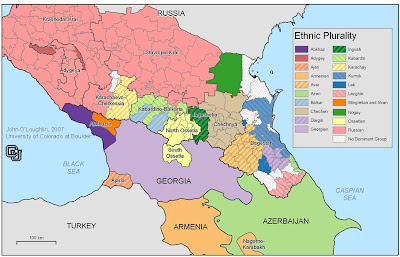 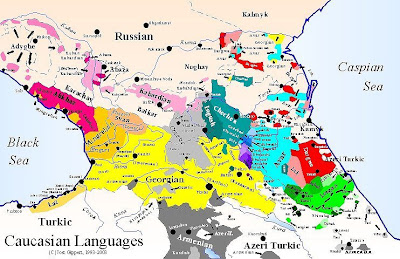 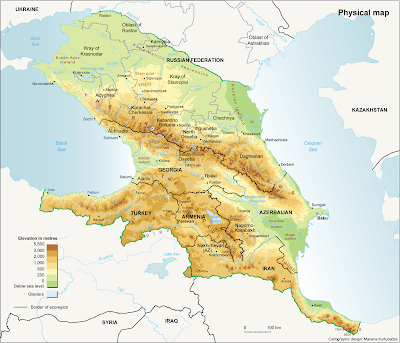