Economist on Kissinger -- full of ignorance, from the Economist

The Economist, usually a very good journal, unfortunately, occasional blunders, such as this pretentious one on Kissinger's new book, only demonstrated how Economist writer's knowledge of history and the world had fallen to the abyss over time.

The Economist is right in ONLY one single tidbit, though, regarding the mataphor of chess vs "Go". However, it has failed to explain why, and I wonder if the writers understands what is fundamentally wrong in his critique. But thanks to the internet, a commentator (bismack888) had put it very well in its webpage (something you don't read if you got the print or ipad edition)
However, while focusing on the discourse of chess vs go (which is really nothing "strategic" IMHO, except that go has something to do with two dimension geography and hence geopolitics). The Economist forgot that Kissinger spend a great deal of time discussing Romance of the Three Kingdom, which is the essence of Mao's strategic thinking.

CHINESE and American leaders have been sniping at each other in public again. This month Hillary Clinton, America’s secretary of state, discussing political reform, told the Atlantic magazine that China’s leaders were “trying to stop history, which is a fool’s errand”. This may have been what provoked Wang Qishan, a Chinese deputy prime minister, to tell a television interviewer that Americans were “simple” (perhaps “innocent” conveys the Chinese word better), and have trouble understanding China, “because it is an ancient civilisation, and we are of the Oriental culture.”

Mr Wang will applaud Henry Kissinger’s latest work, a distillation of more than 40 years of involvement with China and its leaders, and an unabashedly Orientalist affirmation of the otherness of the country. The most riveting chapters deal with Mr Kissinger’s leading roles in the Nixon administration as it established links with Mao Zedong’s China. The well-known story bears retelling by a central protagonist who made his first, secret trip in July 1971, pleading illness to take a few days out of his official schedule while on a visit to Pakistan. President Richard Nixon’s own trip in 1972, which had been initiated by Mr Kissinger, was indeed a “week that changed the world”, as China and America ganged up to deter Soviet expansionism.

Mr Kissinger’s encounters with the urbane, conciliatory prime minister, Zhou Enlai, and the elliptical, moody Mao—and indeed with every senior Chinese leader since—make gripping reading. Some of Mao’s allusively poetic dialogue, in particular, is beyond parody: “At the approach of the rain and the wind the swallows are busy.” The panoramic authority with which the Chinese leaders (and their interlocutor) dissect the world is breathtaking.

But Mr Kissinger is not telling all. He recounts how, in the years beforehand, more than 100 exploratory meetings in Warsaw had made no progress because of Taiwan, which America still recognised as “the Republic of China”. It is not clear when or why America abandoned its notion that China should commit itself to peaceful reunification as a precondition for a presidential visit. China has never renounced the threat of invasion.

Nor does Mr Kissinger explain the thinking behind the communiqué signed after Nixon’s first visit, in which America acknowledged “that all Chinese on either side of the Taiwan Strait maintain there is but one China and that Taiwan is a part of China.” Large numbers of people in Taiwan have never maintained any such thing. But for China’s leaders, and, it seems Mr Kissinger himself, public opinion anywhere outside the United States is not really a factor when the geopolitical stakes are so high.

Before Mr Kissinger himself enters the narrative, the reader is offered 200 pages of history of modern China and its foreign relations. Most of this is uncontentious and well told. But it is marred by three related flaws. The first is Mr Kissinger’s insight that Chinese strategists think like players of wei qi or Go, which means that, in the long term, they wish to avoid encirclement. Westerners are chess-players, tacticians aiming to get rid of their opponents’ pieces “in a series of head-on clashes”, he writes. “Chess produces single-mindedness; wei qi generates strategic flexibility.”

This conceit has been used by other authors. It appears every few pages here like a nervous tic. Even before Mr Kissinger joins the game, the metaphor is pulled into service to analyse, among other things, Chinese policy in the Korean war, the Taiwan Strait crises of the 1950s (where, of course, “both sides were playing by wei qi rules”), the 1962 war with India (“wei qi in the Himalayas”). Later he describes events in Indochina as “a quadripartite game of wei qi”, just at the time when genocide was under way in Cambodia.

Second, the picture of Chinese foreign policy, as formulated by cool, calculating, master strategists playing wei qi, makes it appear more coherent, consistent and effective than it has been. China’s involvement in the Korean war, for example, led, in Mr Kissinger’s phrase, to “two years of war and 20 years of isolation”, hardly a goal for China—or a wei qi triumph.

Third, Mr Kissinger gives little weight to the fact that Mao, Zhou and the others were in fact communists. In power they soon replicated some of the forms of an imperial court, and China’s history always mattered more to them than “Das Kapital”. But one cannot ignore the influence of Mao’s adaptation of Marxist ideology on his foreign policy, let alone the importance to domestic politics of the Leninist structures imposed on the Chinese Communist Party in the 1920s, which still wears well.

In a rare admission of a blunder, Mr Kissinger recounts the only time he saw Zhou lose his serenity—at a banquet in Beijing in November 1973 when Mr Kissinger said that China had remained “essentially Confucian in its belief in a single, universal, generally applicable truth”. Communism, he suggested, had established Marxism as the content of that truth.

This was an extraordinary gaffe. Zhou was under indirect attack by Mao’s cronies through a campaign criticising Confucius. But his reaction also illustrates the prickliness of Chinese leaders when foreigners presume to pronounce on the eternal verities of Chinese culture.

If even the venerable Mr Kissinger can be caught out, what hope for American statesmen far less familiar with China? The problems that have beset relations since he left the stage are not surprising. His book describes the important role he played as an intermediary in trying to resolve the worst crisis—after the Beijing massacre of 1989. Shortly afterwards, the collapse of the Soviet Union deprived the relationship of its “defining shared purpose”.

Since then, America’s relations with China have been marked by a startling increase in economic interdependence, but not by any onset of mutual trust. Mr Kissinger notes that in the post-1989 era, China’s foreign-policy posture has been “closer to Bismarck’s than Mao’s”. It has, you could say, taken up chess.

In his closing chapter Mr Kissinger finally turns to the big question: does China’s astonishingly rapid rise condemn it to inevitable conflict with America? He notes the similarities with the rise of Germany a century ago and the inevitable threat it posed to the British empire. America and China, too, could easily fall into a cycle of escalating tension that would be hard to break. Optimistically, Mr Kissinger insists that “were history confined to the mechanical repetition of the past, no transformation would ever have occurred.” But on how to avoid such repetition, he is disappointingly vague.
Posted by Sun Bin at 5/26/2011 06:44:00 AM 0 comments 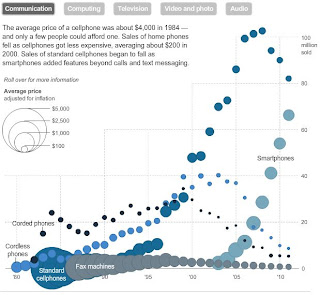 Khan Academy explaining how the Chinese Yuan is pegged

Salman Khan: The Messiah of Math

The great old man seems to have lost most of his (physical) teeth, but he is just as sharp as he used to be.