The "anti-aircraft artillery" at the Bird Nest

Remember those anti aircraft artilleries at the Bird Nest?

I was sent these related photos. 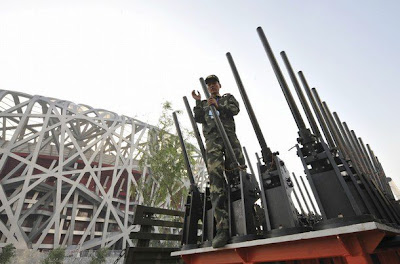 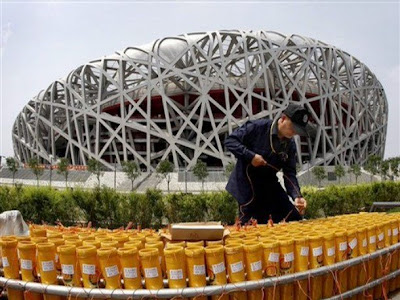 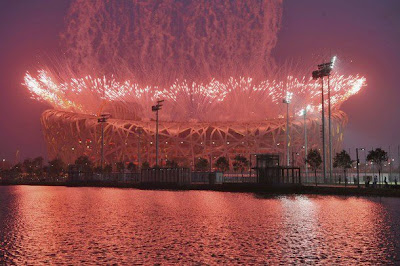 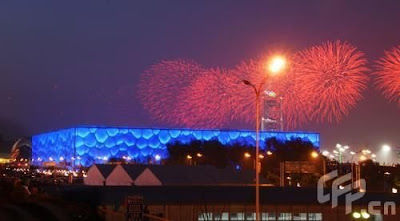 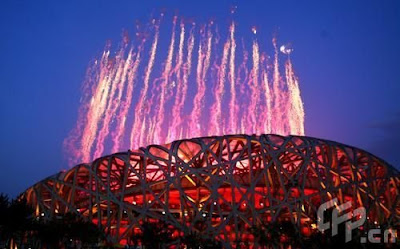 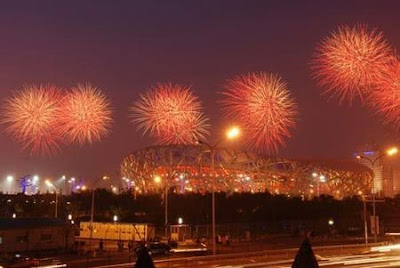 p.s. related news
p.s.2. The show of anti aircraft artillery and rockets are probably deliberate. It is best to prevent ans scare off the terrorists than to actually use them. That was why they had chosen to exhibit them so visibly.
Posted by Sun Bin at 7/22/2008 05:08:00 PM

The Beijing Olympics may not look much different from previous games on TV.

Behind the studio sets, however, world broadcasters have been squaring off for months with Chinese officials over censorship. Among the issues: what they'll be allowed to get on video, where they can work and whether they can broadcast live. They've faced red tape, intimidation and restrictions on coverage, which might make it difficult to cover unexpected events away from the venues.

Broadcast officials recount months of delays applying for permits amid changing rules. They've been questioned about coverage plans by everyone from policemen to local bureaucrats. Several broadcasters spoke of ordeals just to rent office space, and one said a Chinese homeowner made an offer to locate a satellite dish on his property.

"We have no idea at the moment whether we will be able to operate freely and without severe restrictions," said John Barton, director of sport for the Asia-Pacific Broadcasting Union, which represents broadcasters in 57 countries.

China invented a censure of olympics..