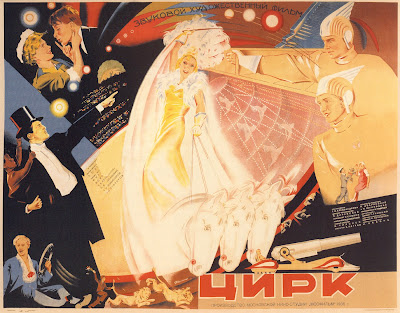 The Soviet Movie Circus (1936) has portrayed a dream, an ideal for a Utopia. Unfortunately, it was only more than half a century later that the world had been convinced that top down wills often lead us astray, and we end up far away from the original objective. The human world is just too complex to be engineered that way.
We have since learned that changes need to be bottom up, and the path appraoched step by step, starting from the most fundamental principles.