Ying Ying is a Chiru (Pantholops hodgsonii, aka Tibetan Antelope). You can find all you need to know about at this site 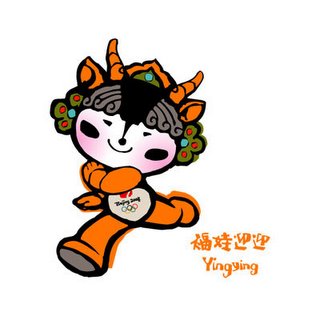 They are beautiful animals. China has been protecting it agressively since 1990s and the population has been able to stay at 75,000 in the wild. But they are still endangered. Please use pashmina and cashmere shawls and scarves, and try not to buy shahtoosh. They feel just as fine, except they are a little more sticky than shahtoosh. Please help her uphill ride for survival.