This is a map of China's quake belts (source). You can see the quake today (NW of Chengdu) is located at a "series quake" belt -- we have about 20 aftershock now. 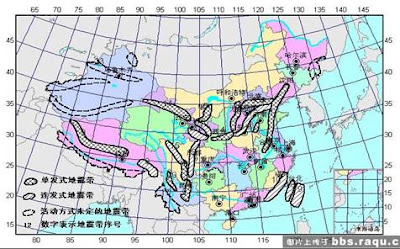 This is the historic distribution of major quakes in China. China has perhaps the best registrar nad the most complete record of quakes for about 3000 years, mainly because in the past the emperors were superstitious and believed quakes were omen for the rulers. (As recent as 1976 the Tangshan quake which took from 1/4 to 3/4 million lives were regarded as omen for Mao's dynasty)

Again, although there are a lot of quakes, the quake frequency of China proper is much lower than that of Taiwan as shown in this map (note that the record for Taiwan dated from 1600s the earliest vs 3000 years of record for the mainland)-- which is on the circum-Pacific belt, with frequency similar to that of Japan, Alaska and California. 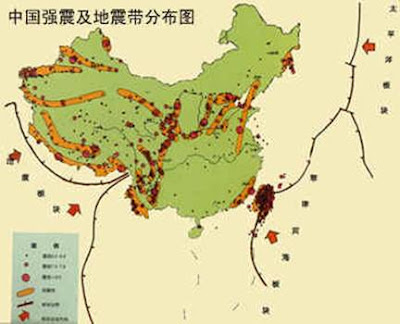 This one has the date and grade of historic quakes. Those in green are quakes before 1900. 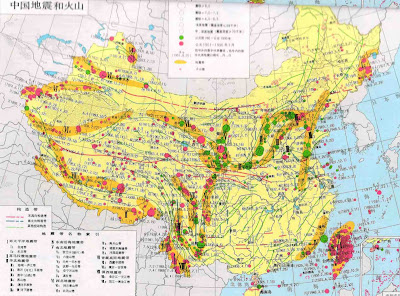