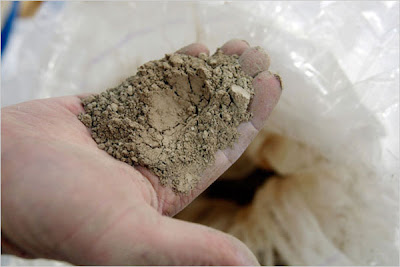 The official definition of Rare Earth include only the lighter elements, i.e. the periods (rows) 4-6 of group IIIB, although the 3rd set (period 6) actually contain 15 siblings, the lanthanides. The heaviest IIIB group, the actinides (period 7), which are mostly radioactive elements, are not referred to as "rare earth", though one would expect similar chemical and physical properties, they are unstable.

Since the chemical properties are very similar (and physical properties such as weight as well for the lanthanides), they are also very hard to be isolated by chemical (and physical) methods. The closeness in electronic configuration also means there are fine tuning in terms of their properties -- which made it easy for scientist to test hypothesis on the material properties, e.g. if one element is found to demonstrate certain property, with some undesirable defect, chances are that the neighboring element may demonstrate the similar property, and with luck, with that defect improved.
-- one technical detail, the lanthanides all have similar chemical properties despite the fact that the "exterior shell" electron number ranges from 0 to 15, is because this supposedly "exterior shell" got attracted into somewhere deeper, making the 2nd outermost shell the outermost shell.

The now mostly well known Mountain Pass mine (shut down but will be re-opened) in California is located midway between Los Angeles and Las Vegas on Interstate 15, about 15 miles before the State border at Primm. If you have drove passed that route, you may remember a sharp elevation passing a mountain on the Mojave Desert, that mountain pass is called the "Mountain Pass". Molycorp is located east of the highest elevation (at around 4600 feet) point -- the pass.

Below shows what they look like (3rd column from left, and 2nd row from below) 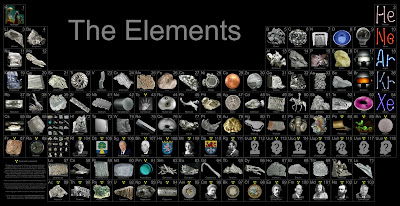 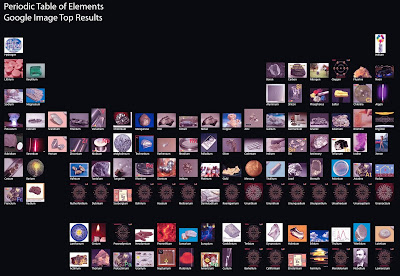 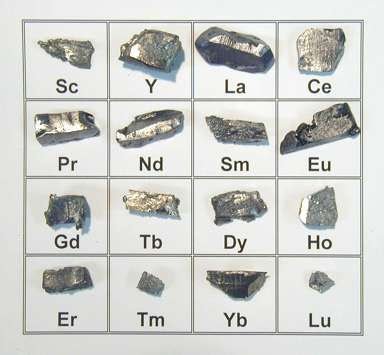 The chart above shows only 16 of the rare earth elements. The one with perhaps the most romantic (or Hellenic indeed) name, Promethium, is missing. Because this is the only element that is radioactive, hence unstable (actually very unstable - 17.7 year half life), and hence had decayed over the years and cannot be found in nature any more.

The chart below shows some rare earth elements plus some accompanying elements typically also found together in rare earth mines. 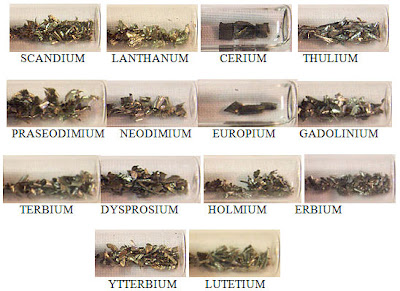 ..and a very informative article by National Geographic.

Here is the chart of world reserve and production in REE, from fas.org . 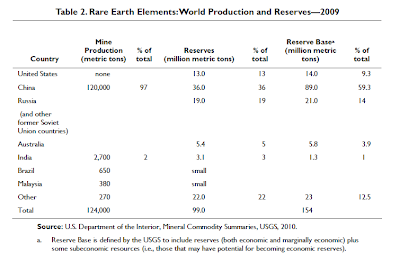