The streets around Potala looks just as normal as it could be, except for a few PAP on the East side. I was perhaps the only no-Tibetan walking together with perahps a thousand Tibetan people, but I feel quite safe. Occasionally there are a few suspicious eyes but when I smiled at them most smiled back.
The Northeast side of the route is a market, where many of the hawkers are Han Chinese.
(When I was in Xinjiang a few years ago, the eyes (on average) seems more suspicous/hostile)

Aerial map of Potala Palace (the red "B" to the right are the burnt building, further east and south are the areas cover in anecdote (1) ) 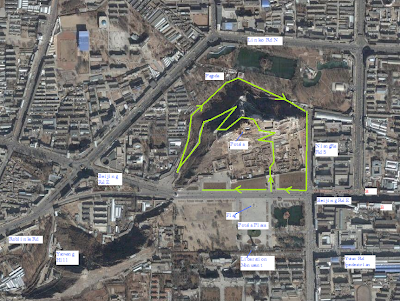 Potala Palace from the south og Beijing Road. The 5 star flag and a few guards in morning 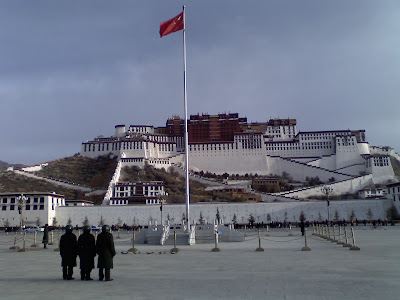 The view to south (front door) from atop Potala. Tibetans praying in the front of the Palace (on Beijing Road) 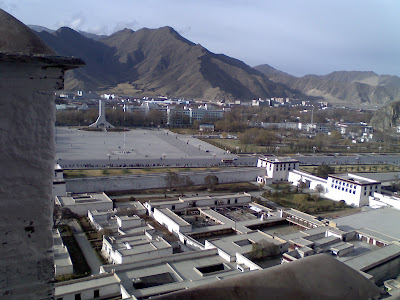 Tibetans pray in front of Potala 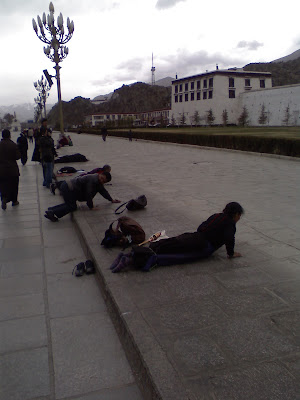 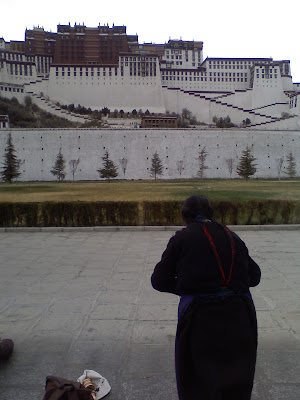 Front gate. Tibetans waited at the Potala gate. By showing a Tibetan ID they can enter Potala (I assume other monasteries as well) for free, since this is part of their religious activities 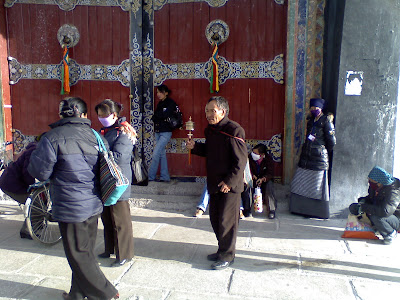 Walking up the stairs on Potala 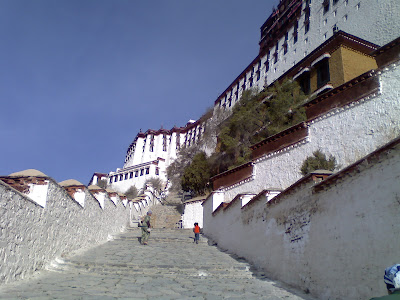 Tibetan Pilgrims. For security reason liquid is not allowed in (!). But this Tibetan pilgrim has a thermo-flask. I had been puzzled for a while but later found that it was a container for the "candle oil" 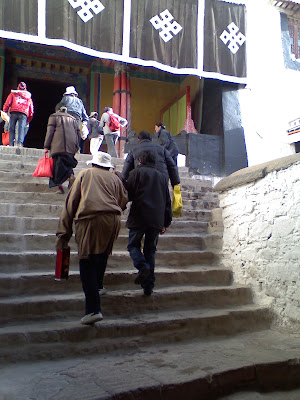 Atop the palace. A dozen PAP there seems to be quite relaxed. One of their jobs is stopping people from taking pictures upstairs. 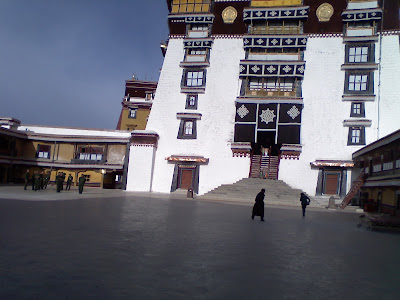 "Pagodas" on Northeast corner under Potala 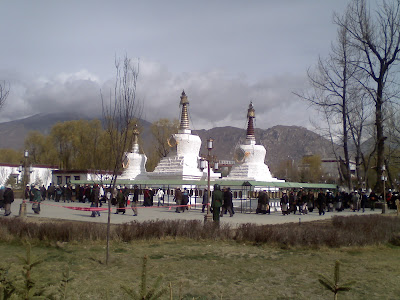 East side of Potala: crowd full of Tibetan pilgrims 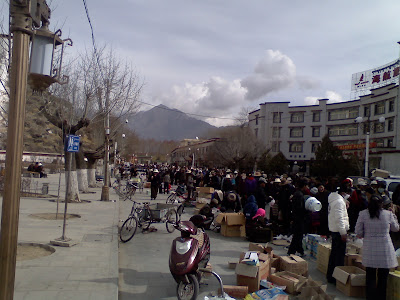 West side of Potala. Tibetans walk around the Palace. The pilgrims perform the ritual (full body on floor facing downward) at the front (The pilgrims from out of town have to do this every few steps for the whole journey). 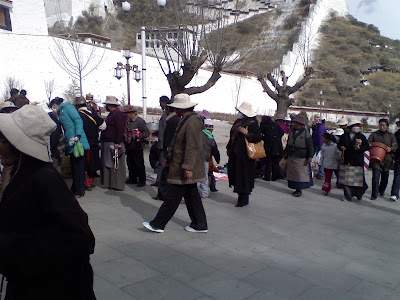 Tibetan collecting ashes. They pack and take it home. I do not know how the ashes are used. For Han Chinese they used it to make soup/tea to cure diseases (which is clearly unscientific). 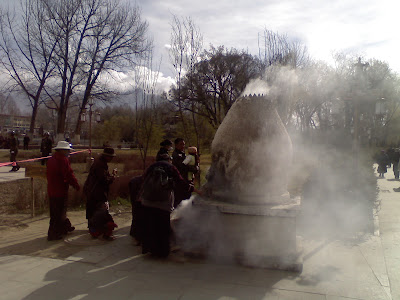 "Dharma wheels" (法轮) around the Potala 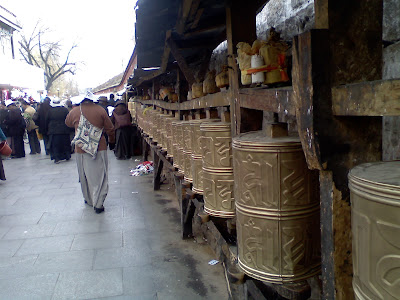 Crowd. Seems a festival or a market day. This reminds me of Causeway Bay in HK, except the sky is bluer, and air fresher. 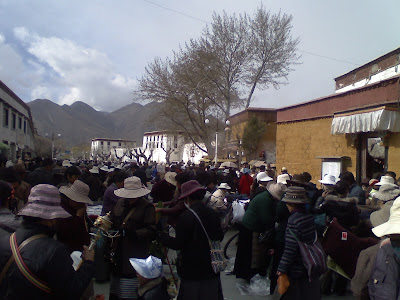 More about them lamas...