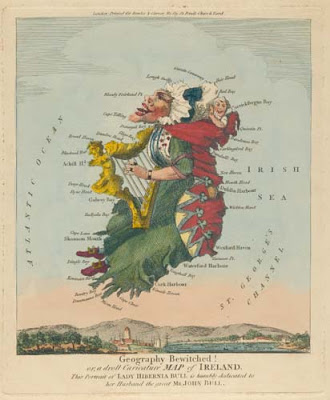 Koreans made this map, allegedly in response to some Japanese derision that they are rabbits. 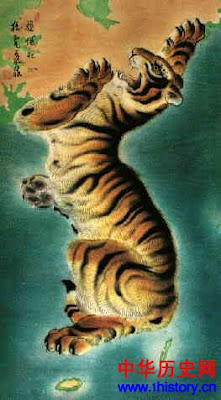 This is a propaganda map by a Japanese around the time prior to the 1905 Russo-Japanese War (but the language used was Chinese and English), In the English text on the top left corner Ohara depicted Russia as the "Black Octopus"
Note the antenna of the Octopus going through Manchuria into Lushun (near Dalian today). 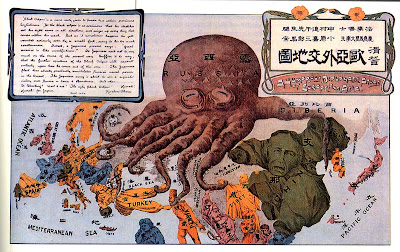 小朋友！你能把各省的名稱指出來麼
Being Humourous Outlines of Various Countries
Satirical Maps of the First World War
Posted by Sun Bin at 11/21/2008 03:55:00 PM