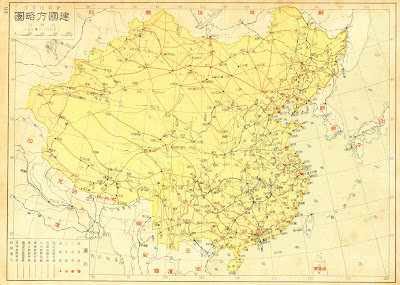 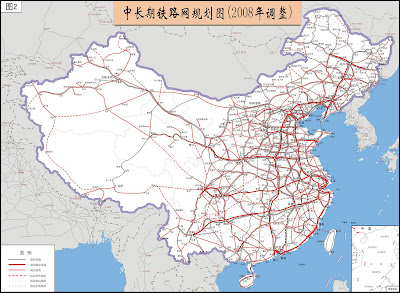 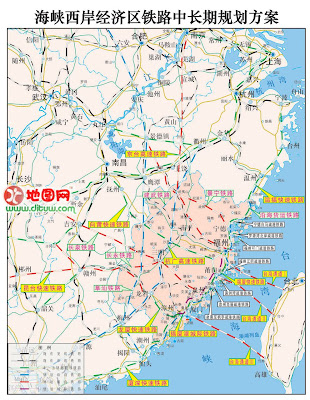 Dr. Sun Yat-sen's map was done circa. 1910s. Dr. Sun worked on this immediately after the revolution when he had to give up the power to Yuan Shikai to get his support for the revolution.

It was based on the ROC territory (e.g. Tannu Tuva and Outer Mongolia are included but Taiwan is not, because there had no treaty ceding Tannu/Mongolia) or the Qing Empire territory prior to the 1911 revolution. It was mostly based on desk work -- so the network is much denser in a relative sense for sparsely populated areas such as Mongolia and Tibet, while Hainan is a void in rail track.
The 2008 plan will more likely to be realized (except the rail crossing the Taiwan Strait seems to be a one-sided wishful plan). There is even a map for the West Strait (Fujian) area anticipating the strait tunnel links, in which 3 lines were considered for reaching Taiwan, the northern lines (to Hsinchu and Taichung) are shorter while the southern (via Penghu) looks more pragmatic but the sea bed is much deeper.
Bonus: America's 2050 Rail Plans
Posted by Sun Bin at 9/15/2009 09:59:00 AM