By now all countries have submitted their claim on UNCLOS, which states
The claims can be found here and here.
Japan's continental extension claim focuses on the souther part of its EEZ claim (i.e. lower half of this map) 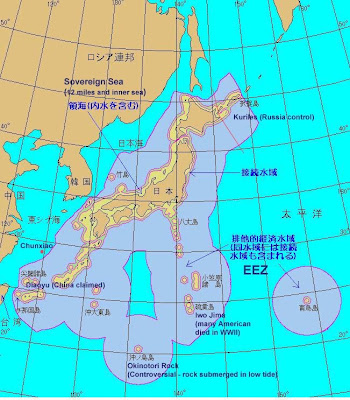 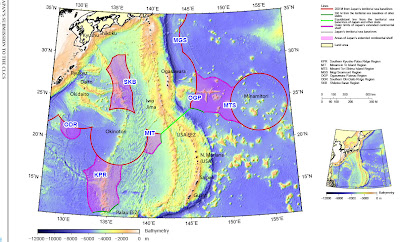 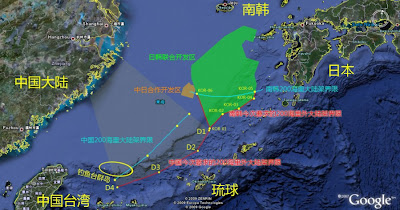 Here is the technical definition of China's calim 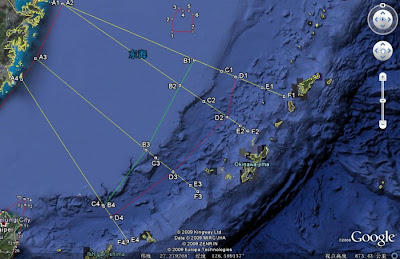 Note that China's "preliminary example point" has carefully avoided to overlap with Korea claim points, apparently for a few reason (that I can think of)