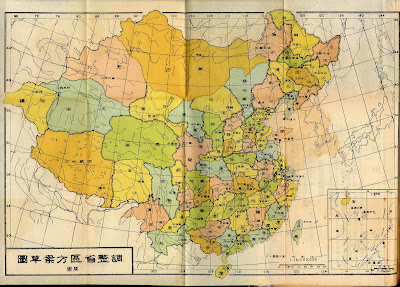 Chiang Kai-shek published this plan, dividing China into 68 provinces, more or less splitting the provinces into 2 each. I guess he was trying to use this to rally support for his plan to "re-capture the continent", because he could then have more "feudal" areas to award to those who help him in the war.

The KMT government has never really ruled the Northeast (Inner Manchuria), so the 9 provinces in NE is only known to Chiang's bureaucrats. When the soldiers he brought to Taiwan need to register for the home provinces, none of them knows which "province" they are supposed to come from.

Below is the ROC territorial claim in 1910s, well actually Dr. Sun Yat-sen's negotiation position then. This, and the rail map in the previous post, were published in Dr Sen's book called Plan for the New Country (建国方略). 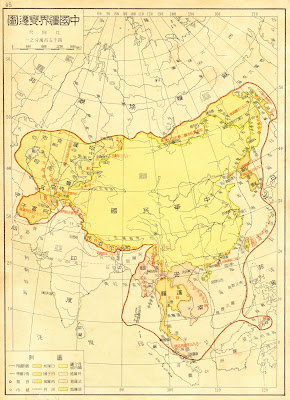