Nicolas Kristof's blog regarding Diaoyu (Pinnacles Islands aka Senkaku as translated by Japanese) has attracted a letter from the Japanese government. He maintained his view, but also published the letter from Japan to provide the other side of the argument.

This （三国通覧図説 / 林子平 図並説）should be the 1783 map mentioned in Kristof's blog. It was  mentioned by （Japanese version and the source of the map below）Japanese scholar by Kiyoshi Inoue , Professor of History department, Kyoto University

The map labeled the islands in the same color as China's (Qing Empire), most likely because of the recording of shipping route China used to reach Ryukyu.(source: Hokkaido University)

Full Map and Japan Map (日本図 + 三國圖)
三國=琉球、蝦夷、朝鮮，當時皆不屬日本。當時還特別有列明為無主島的，是今天的小笠原群島。(The 3 Country maps means Japan and its 3 neighbors, Ryukyu, Korea and Hokkaido, not part of Japan back then. It also included a section of "uninhabited/un-owned island groups", which are today's Ogasawara Islands) 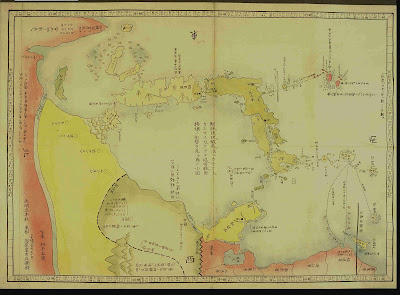 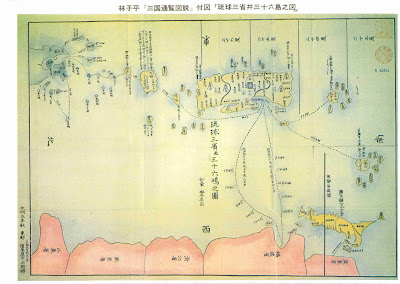 Diaoyu and Taiwan portion enlarged (Diaoyu colored same as Qing's, instead of classified as "uninhabited" like Ogasawara. As Professor Inoue indicated, the map is probably created based on his reading of the Chinese travelogue) 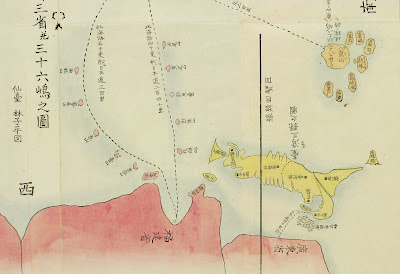 Japan was first interested in Ryukyu in 1885 but waited till January of 1895 to formally set claim on the islands, by then the Japanese army had already completely smashed Qing' navy and army, and have taken Lushunkou near today's Dalian in November 1894. The Shimonoseki Treaty was signed in April but the war was almost finished by January. Some used the difference in dates (January vs April) to claim that the Diaoyu was not part of the spoil of the war, but the fact is the Pescadores Islands (Penghu) was taken by the Japanese in March 1895, also before the signing of the Treaty.

However, I am not as confident as Kristof about how ICJ would decide, for reasons outlined by Alexander Peterson.

===
The first (full) map above, to the east (actually, between E and ESE) of Ulrungdo (鬱林島）, seems to be an island marked as Korean held (朝鮮ノ持ニ）, seem to fit the relative position of Dokdo (Takeshima) very nicely, and was labelled Takeshima in the enlarged map below. 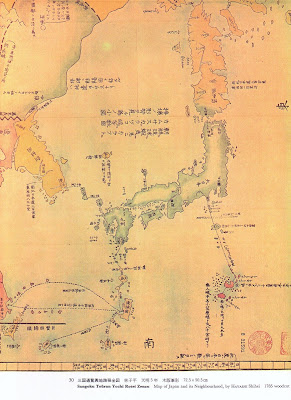 Below is the Korea map from Hayashi's book, where Ulengdo (鬱林島）is shown as the island very close to the Korean mainland. 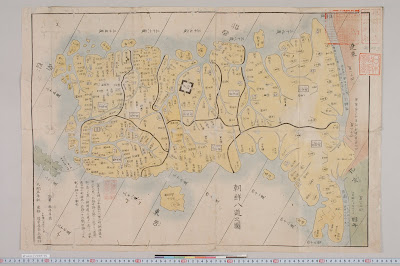 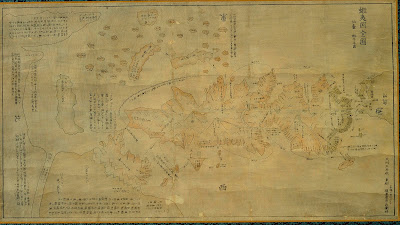