Beirut on July 31st, after Israel bombed (vis Terrorism News)
The location is about 3.5km NE of Beirut Airport. 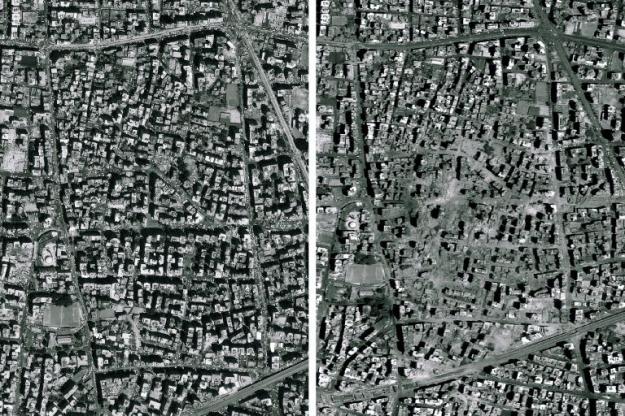 Zoomed in the affected quarter,

This is probably where the Hezbollah headquarter building was located. But it is fair to say that


Update: wiki has the hi-resolution picture of the damage (not globalscape picture is rotated by 90 degrees. N is to the left hand side)

Those zoomed images really help give an idea of the extent of the damage that must have taken place.

NYT has labelled pictures, as usual NYT went in length to explain that the bombing was legitimate. But there are still quite a few levelled buildings unlabelled.