Nine months ago, when Senegal recognized the mainland as the sole government representing China, I predicted in a post ,
I was right. Taiwan lost another friend yesterday, as the land-locked African country of Chad severed diplomatic relationship with the Republic of China, in favor of the People's Republic of China. The ROC Foreign Minister Michel Lu's speech was comical

Yeah, I said I dumped you before you said you dumped me. Ha!

But Taiwanese people should celebrate for losing such an unreliable friend. All it can do to Taiwan is taking bribe and blackmailing.

Chad has proved itself to be a flip-flopper, incentivized solely by bribe. It befriended ROC in 1962 soon after it became independent, flipped to PRC in 1972 when PRC replaced ROC as the only legitimate government representing China in the UN, flopped back to ROC in 1997 presumably taking an enormous bribe. Then it flip-flopped again yesterday.

We should not have to wait too long for another to go, either among the shortlist in my previsous post, or Solomon Islands. 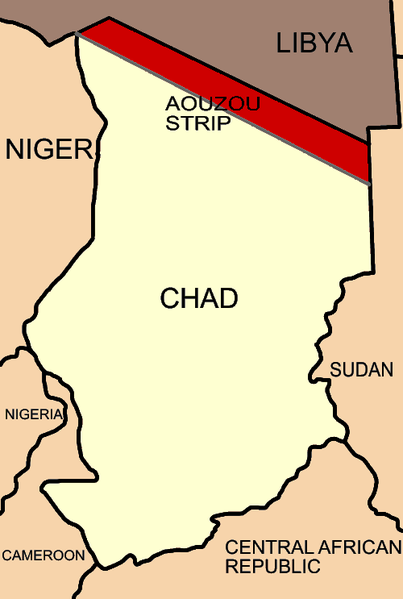 You forgot about those countries that have "trade offices" (i.e. embassies) with Taiwan.

Taiwan is never going to get UN recognition simply by buying off states. Economic relations with other countries is its primary goal.

i agree, though trade offices are not embassies. they are sub-status consulates.

apple daily has this commentary (jiang chun nan). i think he made very good points.

Yeah, the "trade offices" aren't officially embassies. But they do most of the important work.

I always thought of them as being embassies/consulates, but with everyone going around with their fingers in their ears saying "LALALA, not listening - not listening", ignoring their status ;)

That's essentially it, raj. Key relationships with Japan and the US remain good. Chad is of no real consequence to Taiwan. The real strategic loss here is not for Taiwan, but for the US as China advances in Africa -- just more fallout from the illegal occupation of Iraq.

Of course Ma is more mainland-friendly. He wants to sell out the island to China!

it is not a loss for US either, china has diplomatic relationship with all but a few of the african countries already. chad is hardly a star among them.

thank you. i have not received that honor for a while.

Catch the wow gold star that holds your gold in wow destiny,cheap wow gold the one that forever maplestory money twinkles within your heart. Take advantage of precious opportunities while they still sparkle before you. Always believe that your buy maplestory mesos ultimate goal is attainable cheap mesos as long as you commit yourself to it.maple money Though barriers may sometimes stand in the way of your dreams, remember that your destiny is hiding behind them.wow gold kaufen Accept the fact that not everyone is going to approve of the choices Maple Story Accounts you've made. Have faith in your judgment.wow gold farmen Catch the star that maple story money twinkles in your heart and it will lead you to your destiny's path. Follow that pathway and uncover the sweet sunrises that await you. Take pride in your accomplishments, as they are stepping stones to your dreams. Understand that you may make mistakes, powerlevelbut don't let them discourage you.ms mesos Value your capabilities and talents for they are what make you truly unique. The greatest gifts in life are not purchased, but acquired through hard work and determination.maplestory mesos Find the star that twinkles in your heart?for you alone maplestory powerleveling are capable of making your brightest dreams come true. Give your hopes everything you've got and you will catch the star that holds your destiny.